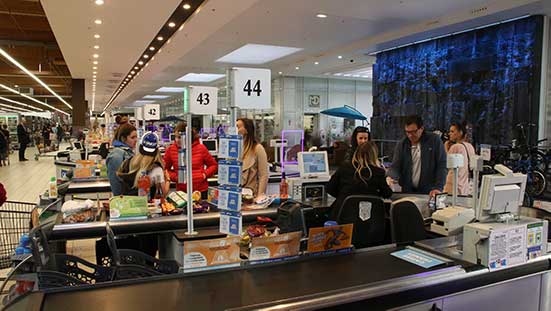 The town of Saint-Paul-les-Romans in France has ancient origins along the Roman road “Meyanne” which connected the Alps to Vienna. Nestled in the shadow of the Alps near the border with Switzerland, the E. Leclerc store is part of a busy shopping area drawing shoppers from all over the region.

Increasing competition in the market meant that the E.Leclerc of Saint-Paul-les-Romans needed to maximize store efficiency and lower operating costs to continue offering the lowest prices while remaining competitive and profitable.

As a brand, E.Leclerc is known as a low price leader in its markets and is always working to lower the high cost of living for its customers. It is one of France’s largest retail groups with most of its stores located outside of large cities. At 9500 sq meters, the E.Leclerc Saint-Paul-les-Romans employees up to 75 cashiers during the holiday season. Prior to using cash automation, the store’s owner saw ARCA devices in operation at another store and decided wanted the benefits of these devices for his store. He recognized automating cash handling could help reduce operating costs so that he could keep the low prices the store was known for.

Nine years ago, the store implemented an earlier generation of ARCA cash automation devices. Since then, they have updated their solution to include ARCA’s CM18T and CC3R recyclers. Laure Adrien, the Cashier Manager described the manual back office processes before using cash recyclers, “We counted cash funds (by hand) every day. Cash funds were stored in a safe and collected every morning.” This meant that tills had to be counted out each morning and issued to cashiers then cashiers had to manually count and balance their tills at the end of a shift before the funds were returned to the safe.

It’s been nine years that we’re equipped with ARCA cash recyclers, and I cannot imagine going back for anything in the world, because manually handling cash funds in times of intense activity seems impossible to me now.

As competition increased nearby, the store continued to update its cash automation technology to further increase operational efficiency in order to maintain low prices and profitability. They also decided to integrate the ARCA device software with the E. Leclerc proprietary POS software. “So the ARCA solution sends the information to the Evolutel system (infomil), which allows us to have the “safe management” on Evolutel and to be able to calculate all our financials thanks to this software.” With the complete (software) integration for the back office, cashiers deposit coins and notes into the recyclers and know immediately if there is a discrepancy between the POS and the cash automation devices so they can take immediate action to resolve the problem.

Adrien explains another benefit of the ARCA solution is its multi-operator capability. The store uses a single note recycler connected to two coin recyclers. With this configuration, they can have 5 people working on the solution at a time, dispensing and depositing floats, which is how they handle 80 users at peak times within the same store.

Cash automation has increased productivity and reduced costs, allowing the store to remain profitable while keeping prices low in an increasingly competitive market. 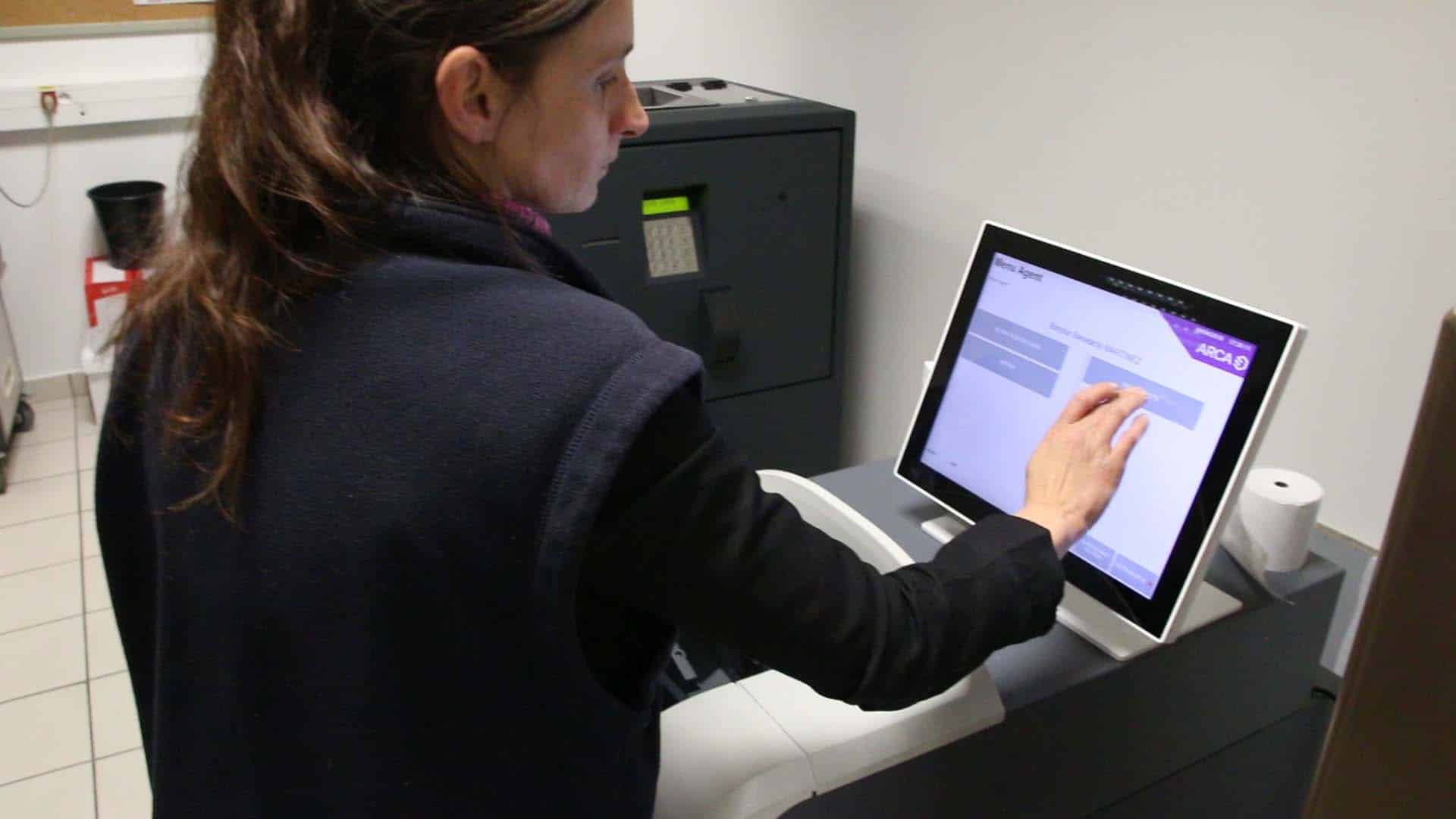 “So, the ARCA solution has allowed us to increase productivity and convenience for our cashiers who no longer have to manually count their cash tills. Each cashier has a personal code, withdraws (floats) and redeposits their drawer funds using their personal code.” says the cashier manager. Adrien estimates she is saving a couple of hours a day of her time and cashiers save half an hour per day that they used to spend counting and reconciling cash.

She also enjoys how easy the devices are to learn and use. “When a cashier arrives, learning how to use the recyclers is done very quickly, because it is very simple.” she shared.

As a happy ARCA customer, the E. Leclerc Saint-Paul-les-Romans has seen the benefits of cash automation for nearly 10 years. By integrating the ARCA solutions with their POS software, they have optimized back office efficiency and been able to manage operating costs and keep their prices low while enhancing product and service offerings to improve the customer experience.