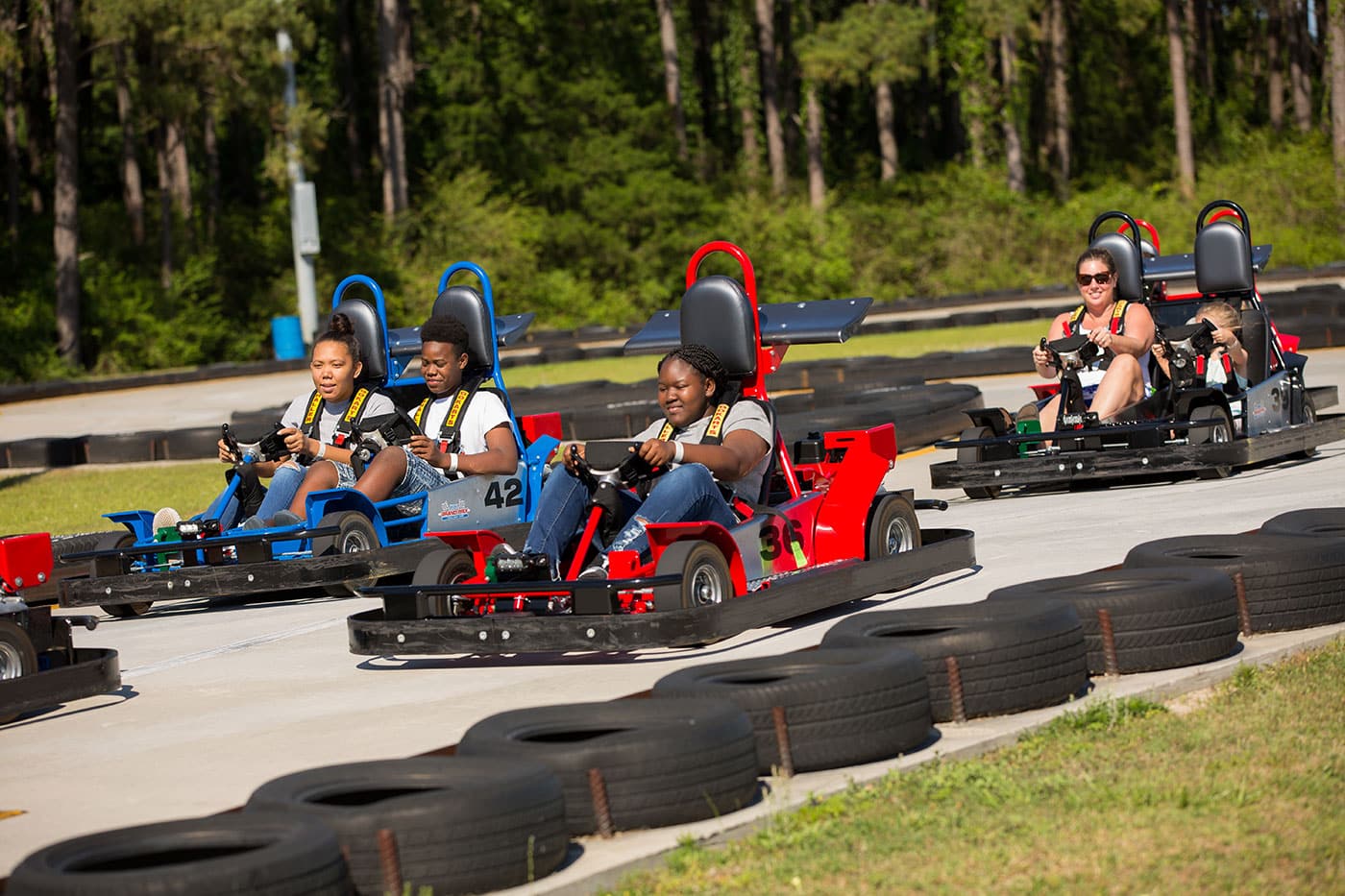 Broadway Grand Prix is a Family Entertainment Center in Myrtle Beach, South Carolina. It’s billed as The Place To Race For All Ages.

“We have six different types of adult go-cart tracks, one kid’s track, seven kiddy rides and bumper cars,” says Joe Foltz, Operations Manager at the park. “We also have an arcade, a gift shop, two 18-hole miniature golf courses, the Sky Coaster ride, a climbing wall, and plenty of food to go around.”

During peak season, Broadway Grand Prix is open seven days a week from 10 a.m. to midnight. The park enjoys a steady stream of about 4,000 visitors each day. This volume of success doesn’t come without challenges, and processing cash was a big one.

How to keep staff in front of customers instead of the back office.

On a typical day, a manager arrived early to prepare the tills. When the cashiers clocked in, they would have to count their cash to confirm the amounts. This manual process also took place at the beginning and end of their break, and at the end of the shift. Each counting event averaged about 15 minutes.

So each cashier was spending at least one hour per day counting cash with a manager. This manual dual control method was wasting a lot of time. With multiple tills, two shifts, and a 7-day per week operation it was a costly way to secure cash. During peak season, staff spent over 400 hours per week counting cash. And if the numbers didn’t add up properly even more time was spent in the cash room.

“Each person had to manually check in and out with the revenue folks at the beginning and end of each day and shift,” says General Manager David Melton. “So we were eating up a lot of labor. And it was also taking a lot of valuable time from away from my managers who had to count money.”

The manual cash counting at the end of the day could drag on for hours. Cashiers would line up to clear their drawers with a manager one after another. Any mistakes meant the counting process would have to start all over.

“We’d close at midnight, but we weren’t getting out of here until two o’clock in the morning and had to be back for a 9 am shift. It was very tough,” says Shift Manager Monica Spain. “We had to count all of the money by hand, the ones, fives, tens, 20s. It was kind of a mess.”

Broadway Grand Prix needed to improve their back office processes. And after an ARCA Product Director performed a complete analysis of their cash management operations, their best option became clear. Together they selected an ARCA Cash Ecosystem consisting of a CM18 Cash Recycler controlled by ARCA software. The new system immediately delivered significant time savings and in turn, lowered labor costs.

“In the past manual system, it took 15 to 20 minutes each time to count the cash, if you were lucky and there were no problems,” says Melton. “Now it takes two to three minutes. So the amount of labor savings multiplied by the amount of stations, per shift, per day, seven days per week adds up very quickly.”

From the standpoint of an ROI, we determined that in the first year we are going to recoup our investment based on labor savings alone.

The software recognizes each employee by a password and automatically issues starting funds along with a receipt. “It takes less than a minute,” says Melton. When employees take a break, they deposit their cash into the system and receive another receipt. After the break, the machine dispenses another predetermined amount of cash and again, a receipt. At the end of a shift the employee deposits all their cash into the machine and presents the receipts.

Broadway Grand Prix has been able to save significant time and money by automating their till processes. They have reduced their overtime costs for all employees that were formerly counting cash. Employees can now fill their cash drawers quickly without requiring a manager’s supervision at the beginning and end of their shift and at break time.

“It was a homerun for us,” adds Melton. “From the standpoint of an ROI, we determined that in the first year we are going to recoup our investment based on labor savings alone. It makes everybody more efficient in terms of being able to be out on the floor managing the process, working with the customers and the front line sales staff as opposed to having to be stuck behind a secured wall counting ones and fives and tens.”

“As amusement parks, and the retail industry as a whole faces mounting multi-channel competitive pressures, the task of discovering efficiency gains and reducing overhead costs is more critical now than ever,” says ARCA Project Director Brad Pomeroy. “Our team at ARCA was able to work with David Melton and his team at Broadway Grand Prix to define their former inefficiencies around cash and design a custom solution that has truly impacted their bottom line.”